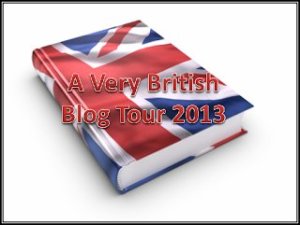 Author, Nancy Jardine, has invited me, and a group of British authors, to take part in ‘A Very British Blog Tour’ by visiting and supporting the websites of authors who are involved in the tour, and who are dedicated to turning out some of the finest books available in Britain today.

So here are the questions from Nancy, together with my answers:

Q. Where were you born and where do you live at the moment?

A. I was born in the UK. My passport says “West Hartlepool” but that is only because my mother went into labour on a train and that was the next station. At the time, the rest of the family were at home in Scotland and my parents were living in London for my father’s job.

Home now is in Franche Comté in the east of France.

Q. Have you always lived and worked in Britain or are you based elsewhere at the moment?

A. I have been in France for over twenty years. I started off in Brittany but we moved here to the hamlet about ten years ago now. It’s about sixty kilometers from Dijon and we can be in Switzerland or Germany in less than two hours. It is totally idyllic, in the middle of nowhere, surrounded by hills and forests and with a river running through it.

Most of my life I’ve been travelling. When in the UK I lived in Cornwall, Yorkshire, London and then ran away to sea to spend four years with Shell Tankers which gave me an opportunity to visit countries I would not normally have seen.

Q. Which is your favourite part of Britain?

A. Scotland. I still have family there and I try to go and visit at least once a year. I used to be very nostalgic about Cornwall where I grew up but that has changed so much now. Last time back I hardly recognised the place. So Scotland wins for me on the grounds of beautiful scenery…and the fact that my accent changes to “back home” the moment the aircraft’s wheels touch the ground!

Q. Have you ‘highlighted’ or ‘showcased’ any particular part of Britain in your books? For example, a town or city; a county, a monument or some well-known place or event?

A. No. As “Shaman’s Drum” is set in the future I was very careful to say “the capital” and leave people to assume that London was still the capital. The setting was unimportant to the plot. Any large city would have been fine.

Q. There is an illusion – or myth if you wish – about British people that I would like you to discuss. Many see the ‘Brits’ as ‘stiff upper lip’. Is that correct?

A. Again, I tend to view “Brits” through French eyes these days and I have to say you are a very rum lot! We kiss when we meet but you seem to have a problem with shaking hands. Then you surprise us all by hugging each other like wrestlers when you meet. To us, “full-contact-sport” hugging is reserved for close family.

We are fascinated by health and will happily discuss our ailments in the chemist’s in front of everybody but if the pharmacist smiles sympathetically at a Brit, having looked at their prescription and says “Nasty case of the runs, love?” they go all pink and embarrassed. We don’t understand you!

Speaking as a Brit myself again now, I think the “British reserve” comes mainly from our dislike of outpourings of emotion. We are deeply uneasy with wailing and gnashing of teeth. Similarly, we tend to play down our sufferings of whatever sort, which sits very ill with people like the French who just LOVE to know that you are in terrible pain.

Q. Do any of the characters in your books carry the ‘stiff upper lip’? Or are they all ‘British Bulldog’ and unique in their own way?

A. In Shaman’s Drum, Iamo, the hero is not only British but he is an aristocrat so he practices the “never complain, never explain” principle. His only expression of his deepest feelings are in interior monologues. In my other genre, the two principal characters are both soldiers so not given to weeping and breast-beating. One is a fairly typically repressed Scotsman who has difficulties in expressing his emotions even to his “one-true-love”. The other is half-German and much more at ease with that kind of thing.

Q. Tell us about one of your recent books?

My most recent release is SHAMAN’S DRUM

England in the near future.

Mainstream religions have been outlawed, and the old gods rule again.

Iamo has been a priest of the Great Mother and is sworn to celibacy, but his love for Riga, a Black Shaman, a magical assassin, caused him to break his vows. After being imprisoned apart from each other for three years, Iamo accepts an offer to earn them both a pardon and the possibility of marriage. If they survive.

Iamo and Riga must discover why demons are breaking through from the other side. Which of the cults are renegades who allow the demons through? Who can they trust?

Combining their powers, they face the ordeal with the help of a band of eclectic pagans, spirit creatures, Riga’s Black Shaman brothers, an undercover Christian granny, and three unusually energetic Goths.

It’s a tough assignment, but the hope of a life together keeps them fighting

Q. What are you currently working on?

A. The prequel! I seem to have started a trilogy in the middle. When the book came out and people enjoyed it, they wanted to know exactly “how” mainstream religions had been banned and the situation that led up to the beginning of Shaman’s Drum where both Riga and Iamo are in prison. So that is my Work-In-Progress…and I am really enjoying it because this one slips between real-time now and the pagan magical world that took over.

Q. How do you spend your leisure time?

A. At home I do a lot of knitting and crochet. It’s a wonderful way of keeping my hands occupied while my mind is still working on plots. When I need to get out and blow the cobwebs away I jump onto one of my motorcycles and whizz around the lanes singing at the top of my voice. That is very therapeutic.

My husband and I also are very keen caravanners and we go travelling all over Europe with our dogs. That is great for me because with modern technology I can continue writing on my laptop and stay in touch with my publishers by WiFi.

Q. Do you write for a local audience or a global audience?

A. At the moment I write only for the English-speaking world although my novels are proving just as popular in America as in the UK. I think it is the Britishness that sells them there.

My French friends all say they are very sad that I only work in English but I know their reading habits. Even if I were to publish in French, they would only buy my books to say they knew the author … whether they would actually read them or not is another matter.

Q. Can you provide links to your work?

The following British, not necessarily British-based, authors have been invited to join in the fun. Once they’ve agreed, and set up their own answers on their respective websites/blogs, then clicking on their name will take you there.

Also, if you are a British author and would like to join in, please leave a comment below with your email address.