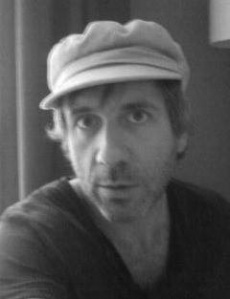 As my guest today, is very busy and rather cold, so warming himself by the stove, we’ll make this rapid, and get right into the questions. Let’s start with your books. Do you write under just one name or several? How many genres do you cover? How much have you had published including anthologies etc?

I write under my own name – Neil Randall. Originally, I started out writing historical fiction, but have since focused more on contemporary stories, mainly in the thriller/mystery genre. In all, I’ve had five novels published, including Isolation (Crooked Cat Publishing, January 2017), a collection of short stories and had two shorts included in anthologies.

How long have you been writing professionally? I imagine that, like all of us, you wrote all your life before “turning pro”.

I’ve been writing full-time for a number of years now, although financial restraints mean a return to the “real world” may well be imminent.

I’m sure we all understand that situation. What was your first published work, short story, magazine article,or poem?

My first published work was a short story called Kilngsor’s First Summer, in a print magazine (now out of circulation, I think) called Twisted Tongue.

What are your ambitions and hopes for your writing career?

Ultimately, to be able to support myself through my writing, to, as the late, great Leonard Cohen put it: “to be paid for my work as opposed to work for my pay”.

Great quotation! Now on to you, the author. Where do you live? Describe a perfect day at home.

I live on the North Norfolk Coast. A perfect day is a few hours writing in the morning followed by a big ten mile run along the cliff tops and beach.

Wow! That would be my last day on earth. I can’t run ten metres! Do you have a “day job”?

Outside of writing and any other work, what is your main passion?

Finally and most importantly – Bio and links please.

Neil Randall is a novelist and short story writer. His debut novel A Quiet Place to Die (Wild Wolf Publishing) was voted e-thriller book of the month February 2014. His historical novels, The Holy Drinker and The Butterfly and the Wheel (both Knox Robinson) have been widely praised. His new thriller, Isolation, has just been picked up by Crooked Cat Publishing and is slated for release early in 2017. His debut short story collection Tales of Ordinary Sadness (Knox Robinson) was published in October of this year. Darkness Reigns at the Foot of the Lighthouse, from the collection, was short-listed for the prestigious Wasafiri New Writing Prize 2009, and another story Hands was long-listed for the RTÉ Guide/Penguin Ireland Short Story Competition 2015. His short stories and poetry have also been published in Wild Wolf’s Twisted Tails, The Siren literary magazine’s Fugue, Ether Books, Beatdom, Twisted Tongue, Notes from the Underground, The Bear Review, narrator INTERNATIONAL, Squawk Back, Death Throes, Black Heart, Alfie Dog Books, Dagda Publishing, Thunderclap Press, and 1a, Horror, Sleaze, Trash and Rusty Nail.