Welcome to the presentation of this year’s BOWIE awards. Nanny Ab invented them and they are the Best Of / Worst in Europe which she will chose according to her own tastes. As you can see – she isn’t impressed this year!

After this disaster of a holiday she has no hesitation in presenting the Best Of BOWIE award to Sue Barnard and her husband Bob. They saved what could have been a nightmare and turned it into a not-quite Midsummer Night’s Dream.

Sue and Ailsa are besties, fellow-Crooked Cat authors and Sue the editor I’d most like to work with apart from Stephanie Patterson. Sue and Bob’s presence for dinner then lunch the following day sprinkled a few shovelfuls of oofle dust over the proceedings and joyous laughter ensued, as you can see.

I needed it. Having travelled all over Europe from Estonia to Portugal in 20 years, we had arrived at Nanny Ab’s Worst in Europe ever campsite.

As far as CBA (Can’t Be Arsed) is concerned, the management in Camping Théâtre Romain win a special prize of their very own.

I was physically assaulted and injured by an elderly Belgian who I would imagine will go on to kill someone one day if he doesn’t get anger-management therapy. He hit me purely because I was asking him to be patient for two minutes while the camping car was reversed into its space. Making placatory gestures and saying “Patience please, Sir, calm down, we are all on holiday.” got me nowhere. He grabbed my calming hand, twisted it painfully then hit it, Giving me a nasty sprain on the thumb joint which backed-up to my elbow.

I figured that the management ought to know about this so hied me off to the office. When told, the manager instantly knew who I meant so that gave me a clue that this belligerent Belgian had already caused trouble. However, when said old fart came in to continue ranting, raving and offering me yet more physical violence, nothing was done. The manager was obviously in fear of the old git and just said “We’ll say no more, eh?”

Well I bloody well will. I am a writer with access to a world of media with which to make his campsite’s name mud (I’m being polite). I’ve already written to the Tourism Office for the area saying how sorry we are not to be able to go back to their region for fear of our safety. I’ll take it from there when I get home but if you feel moved to…. please do share this article.

Only vast negative publicity will make them change their attitude. That and a drop in visitor numbers next year. Thank you.

7 thoughts on “The BOWIES” 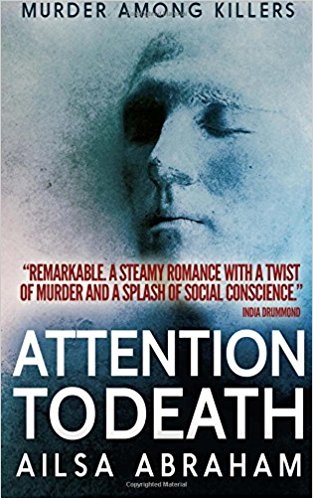